The relationship between microbiota and renal disease is one of the most interesting arguments of recent years, the microbiota interferes with renal function through its own metabolites, such as trimethylamine (TMA) and short chain fatty acids (SCFA).

Indole sulfate is a metabolite of the food tryptophan that acts as a cardiotoxin and a uremic toxin.

In human, high concentrations of this metabolite in the blood are associated with the development and progression of chronic renal disease, being a uremic toxime, stimulates glomerular sclerosis and interstitial renal fibrosis.

Patients with CKD develop higher plasma levels of TMAO and a different composition of the intestinal microbiota than healthy subjects.

Increased TMAO levels in patients with CKD are directly caused by dysbiosis of the microbiota.

The role of short-chain fatty acids and the microbiota

THE ROLE OF INTESTINAL MICROBIOTA AND CHRONIC KIDNEY DISEASE

IN THE HUMAN PATIENT

The intestinal microbiota exerts important metabolic functions that can be modified with the diet, because it uses carbohydrates and proteins present in the intestinal lumen.

Through sucrose fermentation, carbohydrates are converted into short-chain fatty acids.
Through proteolytic fermentation, on the other hand, there is production of phenols, indole, amines and ammonium, potentially toxic metabolites that reduce the circulating levels of SCFA.

A food rich in proteins and fats increases degradation products such as p-cresyl sulfate and indoxyl sulfate compounds almost always increased in patients with CKD and considered markers of disease and uremic toxins.

The main compounds are:

Acetic acid
Butyric acid (it is an anti-inflammatory of the intestine, reduces diarrhea and is used to treat inflammatory diseases)

Once absorbed and entered the circulation, SCFA have a favourable influence on renal function, are able to counteract a series of pathogenic mechanisms involved in renal damage and have antioxidant, immunoregulatory, anti-inflammatory, antihypertensive and hypoglycemic actions.

When short-chain fatty acids are deficient in the diet

If they are deficient one encounters dysbiosis resulting in the development of diseases such as type 2 diabetes, rheumatoid disease, IBD, MICI, intestinal inflammation, autoimmune diseases, chronic renal failure.

Dysbiosis contributes to the development of kidney diseases, it is clear and indisputable that there is a strong correlation between intestinal inflammation, dysbiosis and progression of chronic renal failure, (so-called gut-renal axis).

The microbiota produces some of the most important uremic toxins

In chronic renal failure the intestinal microbiota is directly involved in the increase of uremic toxins, because it is the dysbiosis induced by the uremia itself that increases the concentrations of toxins in the circulation with a consequent reduction of renal excretion and worsening of the disease.

Faecal microbiome and serum concentrations of indole sulfate are higher in cats with chronic renal disease.

In one study faecal samples from 30 cats belonging to stage 2 and stage 4 renal disease clients were analysed to measure serum concentrations of indole sulfate and p-cresol sulfate.

Cats with CKD had a reduced diversity and richness of faecal bacteria. The concentration of indole sulfate was significantly increased in cats with CKD, and cats with stage 2 CKD had a very similar load of uremic toxins to cats with advanced disease.

Dietary fibers and fructooligosaccharides (FOS), obtained by hydrolysis of inulin of vegetable origin, are now recognized as “prebiotics”, favorably modify the composition of the intestinal microbiota, stimulate growth and metabolic activity of Bifidobacteri and Lactobacilli to saccharolytic metabolism.

Integration of short-chain fats through:

PREBIOTICS: substance present in food, not absorbed or digested by the body, but metabolized by intestinal bacteria, promotes the development of classes of symbiotic bacteria.

Recent studies show that serum concentrations of PCS and IS are reduced by oral inulin intake. Thanks to the metabolic release of short-chain fatty acids. Inulin reduces nitrogen absorption and also reduces the load of nitrogen waste at the renal level.

with the administration of 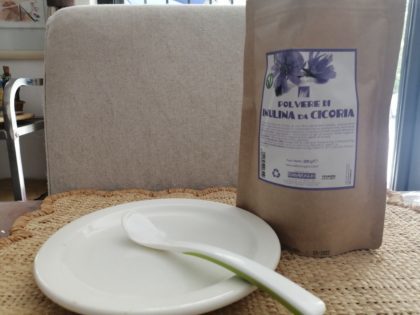 ⦁ Symbiotics and Probiotics: at least 9 strains including streptococcus, bifidobacteria and lactobacilli

Nine strains other than the genera Lactobacillus, Bifidobacterium and Streptococcus. High molecular weight inulin, fructooligosaccharides and galactoligosaccharides and probiotic component. ———> Symbiotic therapy has led to statistically significant and potentially clinically relevant reductions in serum levels of IS and PCS. (Indoxylsulphate – p-cresyl sulfate)

Disclaimer: The contents are for informational purposes only and under no circumstances may they constitute a prescription for treatment or replace the specialist examination or the direct relationship with one’s veterinarian/medical practitioner.  All the information reported here is derived from Bibliographic Sources, Personal Experience and Public Domain Clinical Studies. All information on special diets and dietary supplements for pets is for information purposes only. This information serves as a general guideline, cannot be applied to all pets or considered as an alternative to professional advice.

From a need was born my passion for holistic therapies that I have been studying for more than 20 years, researching, studying, experimenting, in this space that I feed with constancy I give you what I learn every day, for a better feeling. Former agonist athlete with several appreciable results, wellness consultant and personal trainer, I support correct information trying to understand why things with theory and practice, Enjoy your stay! ;)